This author has not yet filled in any details.
So far Mary Higgins has created 14 blog entries.

Adjoa J. Burrows Monotype, “Run Down and Run Over”  at Virginia Museum of Contemporary Art in Virginia Beach

Adjoa J. Burrowes’s work, “Run Down and Run Over” was selected for the  juried group exhibition “Made In Virginia 2022” at the Virginia Museum of Contemporary Art where she won second prize for Best in Show. She was also asked to contribute tools and process materials to the museum’s educational Art Lab. Congratulations to Adjoa and to all the participating artists from the state of Virginia!

My mother, Helen Schrider Higgins earned an MFA from Catholic University in Washington DC in 1955 at the age of 25. She was the first woman to be admitted to the MFA sculpture program at CU. ( She become a student at CU in the late 40’s not long after they admitted women to the school. )

As a child you don’t contextualize your parent.  My memories as a child  of the late 60’s and 70’s was one of being around art, artists and books. In lieu of dolls, I received pastels and sketchbooks as gifts. This was my norm. My context.

In her later years, she and I would – at least once a year – find ourselves having lunch in the  courtyard cafe  of the West Wing at the National Gallery of Art in Washington DC. While we always talked about art, at these courtyard lunches we starting to go deep into her story and her experience  around the emergent Washington DC art community of the 1950’s.

Our National Gallery conversations gave me a strong foundation when I had the opportunity last year to delve into the time period  of the 1950’s while collaborating with Catholic University on an exhibit of her art work.

In my research, I did a deep dive into Black Mountain College, the Bauhaus artists, Bernand Leach, Shoji Hamada and other influences.

One of the most interesting insights for me came from a book that I found at the Phillips Collections museum shop in a moment of serendipity.

It was “The Free World,  Art and Thought in the Cold War” by Louis Menand, an English Professor at Harvard.

He did extensive research and wrote about culture in the time period that she came of age as an artist.

The insight from Menand was regarding the art critic/art world power broker Clement Greenberg.  Yeah – that guy.

I was not aware that Greenberg received plenty of what we call today “pushback” during his heyday.

Greenberg constructed a top/down art world structure.  In his peak years, Greenberg championed the abstract expressionists as the pinnacle of art. Later in the 60’s, he was overwhelmed by the popularity of pop art and his power within the art world of his time declined – although his writing maintained a strong hold on academia for decades.

The key point that I learned  from “The Free World” was that the term “The Long Front of Culture” that was coined by the British art critic, Lawrence Alloway.

Alloway argued for the arts to be viewed as part of a continuum. There are multiple genealogies of art – not one.

I am simplifying the argument about what constitutes high art but my point is that there are and have always been many different ways to create.

There are so many more artists now than there were in the 1950’s. The art world is much more diverse. 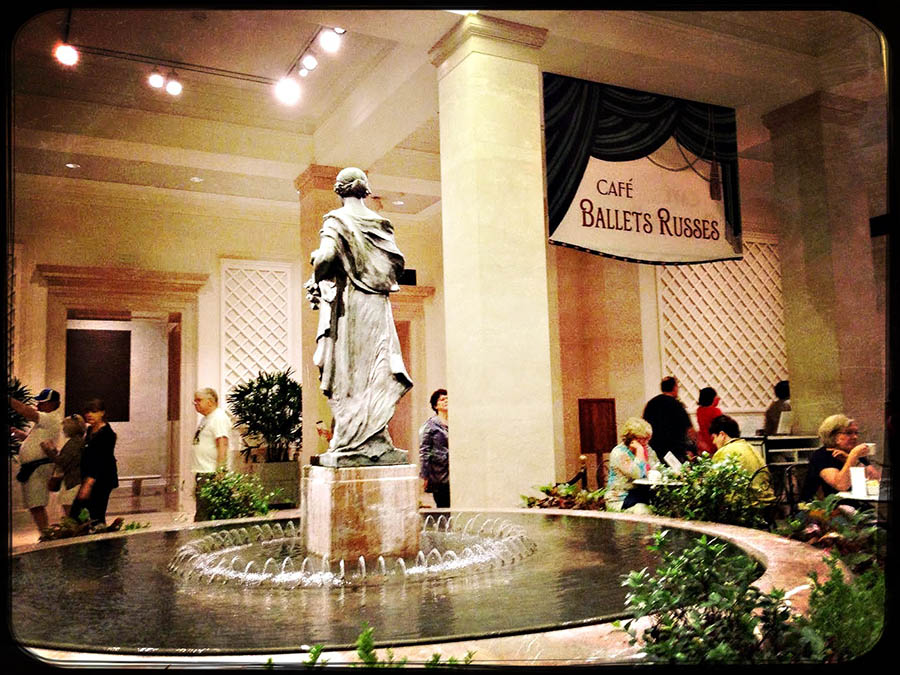 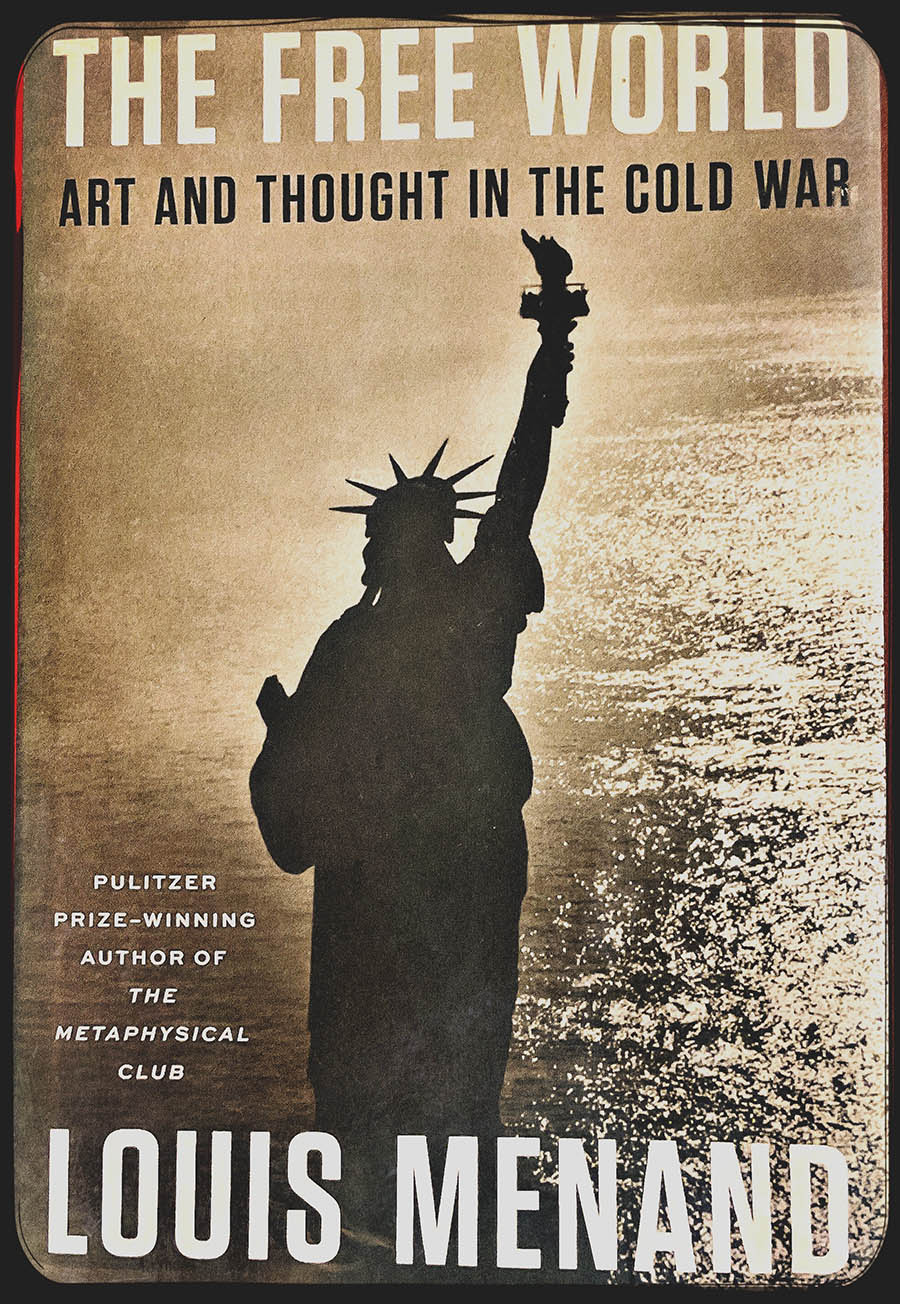 In the US, Labor Day signals that summer is over!

Announcements for art gatherings, openings and lectures are streaming into my email box and onto my social media feeds.

Recently,  I realized the need to slow down and return to the reason that I find art an essential part of my experience.  I was looking at a large “coffee table” size art book of works on paper by the artist,  Do Ho Suh. I stopped myself suddenly because I realized that I was flipping through the pages as if I was randomly scrolling through Instagram. I was scanning not seeing.

After multiple sessions of scanning the book, I had become aware. I slowed down. I began to experience his drawings and prints.  The  work began to reveal itself. It was an intense experience.

How do you look at art – both in person and online? How have social media platforms impacted the way you look and see?

During conversations about social media, I often advocate for social media as “Marketing” with a capital M. That’s it!

Until recently I had not considered its subtle but real impact on the way that I look and see. 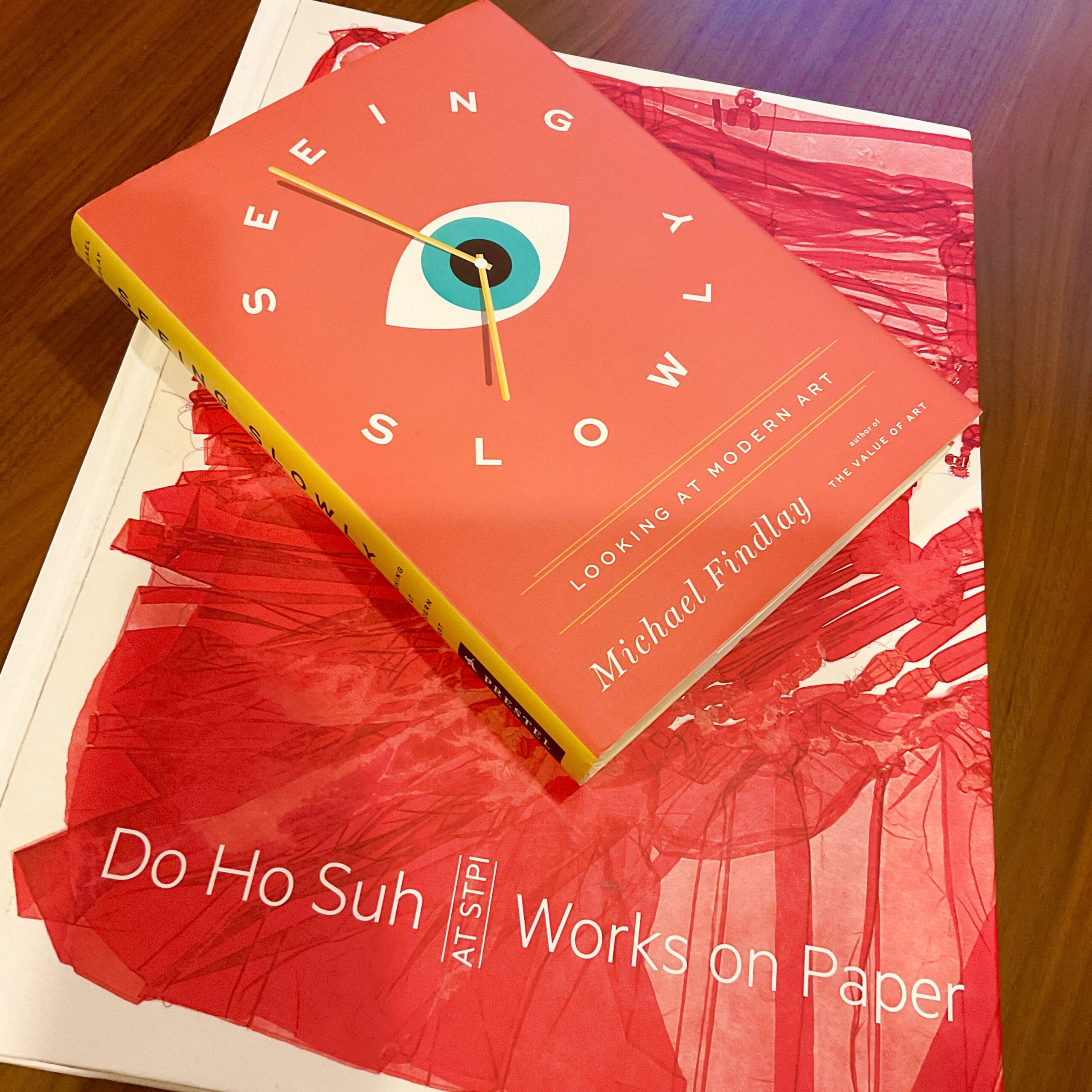 Chee’s work explores the tension between geometry and the gestural mark.

His work is in private, corporate, and institutional collections, including The National Museum Art Gallery of Singapore and The DC Commission on the Arts and Humanities. Slow Light IV and others are available through Distinct Studios Fine Art.

You can see additional videos on Distinct Studios Vimeo profile.

The Ostinato and Coda Series by Sarah J. Hull

Distinct Studios Fine Art is pleased to present Sarah J. Hull’s  Ostinato and Coda series in the Small House Gallery of Goodwin House in Alexandria, Virginia in July and August of 2022.

Sarah has a background in architecture, science and visual art. She received her BA in Architecture from Wesllesley College with pertinent course work at M.I.T. Her varied background informs her work including her explorations of music.

In her art, she explores the rhythmic variation in our daily lives. Using natural fibers and hand embroidery stitches, each work explores it’s “objectness” with the tension created between hand-stitched materials and the structure of the underlying grid. The resulting work creates a mediative presence.

In her process, she begins with a concept that has has inspired her. She then follows that idea in a series of works that create an iteration of the theme. The Ostinato series demonstrates this process elegantly.  In music, an Ostinato is a short melodic phrase repeated throughout a composition, sometimes slightly varied. A rhythmic Ostinato is a short, constantly repeated rhythmic pattern. In the Ostinato series by Sarah, she uses the concept of repetition with slight variation to create fiber based works that hold their own as single works but displayed together form a visual melody.

Sarah currently lives and works in Washington DC. She is active in the art community through the District of Columbia Art Center (DCAC),
nationally through the New York based National Association of Women Artists (NAWA), and internationally through the UK based Society for Embroidered Work (S.E.W.). Currently, she is enrolled in the Royal School of Needlework’s Certificate & Diploma program and was a member of the 2019 – 2020 DCAC Sparkplug cohort. Most recently, she successfully presented an independent solo exhibition of her most recent series The Topologicals at Studio 1469 in Washington DC and was one of the artists in Distinct Studios first group exhibition in 2022, Before, During, After at Episcopal High School in Alexandria, Virgina. 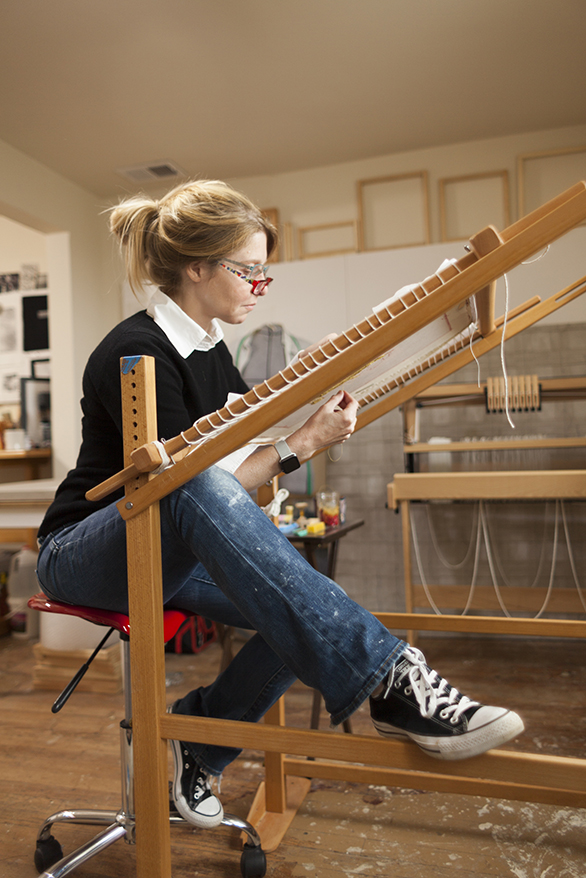 Press Release for Taxonomy of Evanescence

Sarah J. Hull proudly presents her solo exhibition at Studio 1469, Taxonomy of Evanescence.  Featuring works primarily from two of her recent series, this exhibition considers the mechanics of awareness and memory and how they interact not only with each other, but also with time and space. These themes converge in the thoughtful meditations on the traces of existence that remain and those that fade. Fading, just as energy fields that extend towards a point where its amplitude decreases.

Memories overlap and merge over time. In these works, fabric, threads and paint are layered one upon another to not only create directional movement within the structure of the main geometric elements, but also create forms that gently emerge and recede from the surface and the viewer. Each piece takes on an organic quality creating a dialogue between the materials, “the hand,” and the underlying grid through the use of natural fibers and hand embroidery. The underlying grid provides the groundwork where basic forms are mirrored, disrupted, and subjected to rotational symmetries and inversions. In some works, only faint remnants of the grid remains.

Speaking about her work, she says: “Just as I watch a piece unfold as it is created, I hope that each piece manifests slowly to the viewer, increasingly revealing its hand-worked existence.  This temporal experience of introspection, inquiry, reflection, and pleasure connects me with the work and the viewer. I hope the intimacy of each piece sparks internal contemplation in the viewer as art of a more complex and responsive experience – just as with an individual’s interaction and connections within the fabric of community and society.”

The naturally occurring rhythmic repetition and variation present in nature, described by science and mathematics and echoed in daily personal existence provides the foundational inspiration for the work. Each piece is at once a meditation on personal exploration, the interconnectedness of individuals, and the greater forces of life itself.

You can learn more about Sarah and her work by visiting her Distinct Studios artist’s page.

It’s a Wrap – Before, During, After: Art Shaping Resilience

I’ve learned that some times the best opportunities come when you least expect them. The opportunity to collaborate with Angie Newman Johnson Gallery on an exhibition as Distinct Studios LLC came after a year of unexpected personal twists and turns that made the experience of starting up an arts consultancy challenging. We could not have asked for a better experience right out of the gate. It was a rewarding experience to curate this exhibition for the community of EHS and also for the arts community at large. Thank you to Elizabeth Vorlicek and the team at the Ainslie Arts Center of Episcopal High School and all of the exhibiting artists. Thank you as well to everyone that came out on a rainy evening in February for the in-person opening. We appreciate you! Below is a link to the exhibition page and a gallery of photos from the opening reception and the exhibition. Stay tuned! 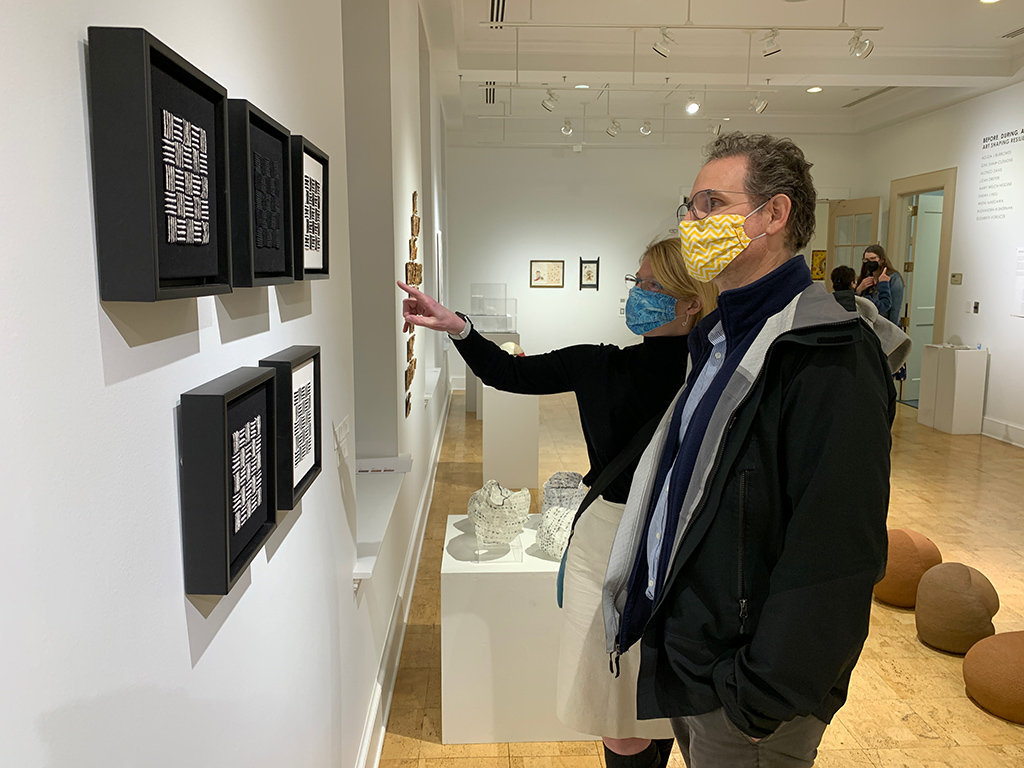 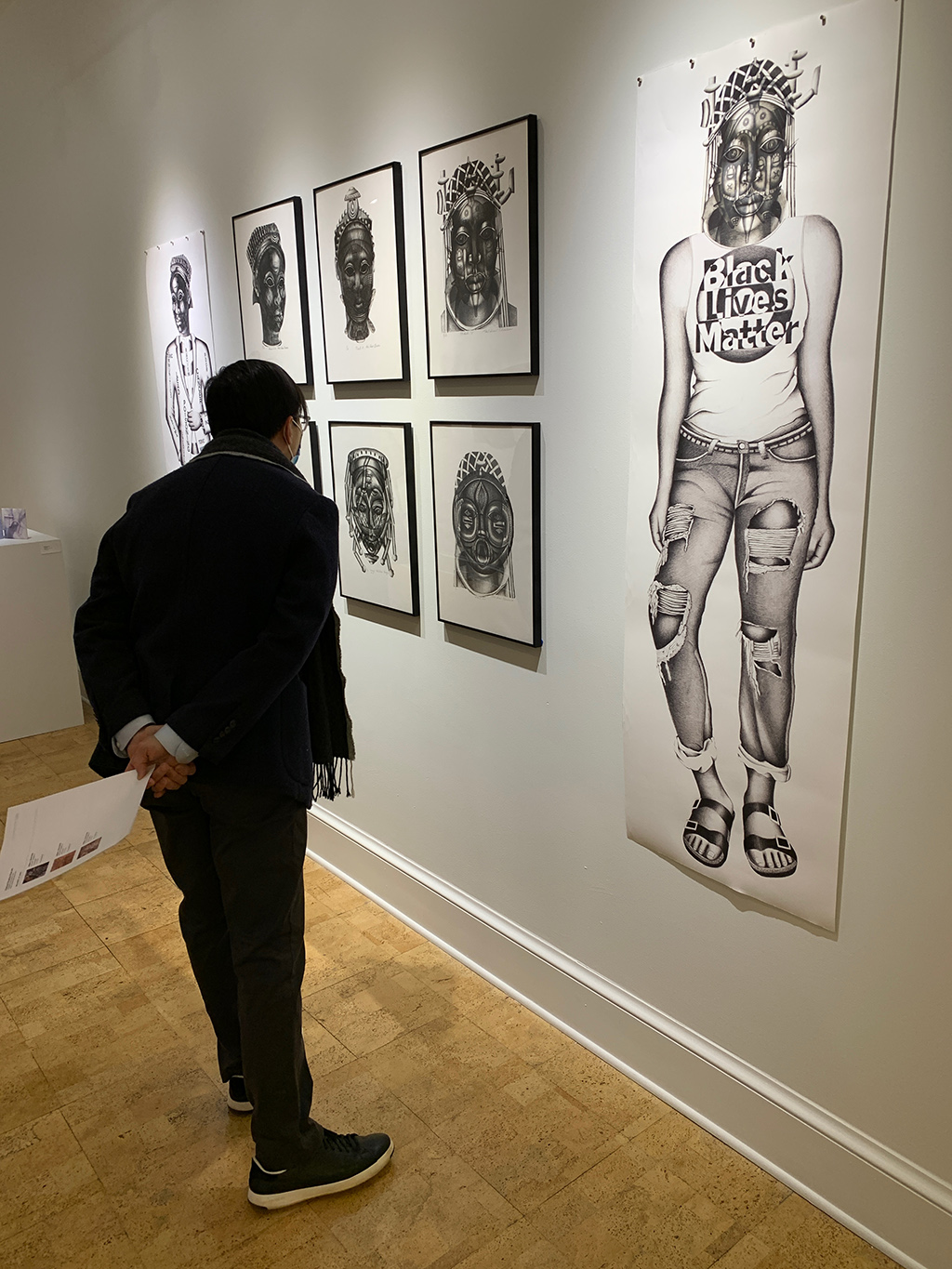 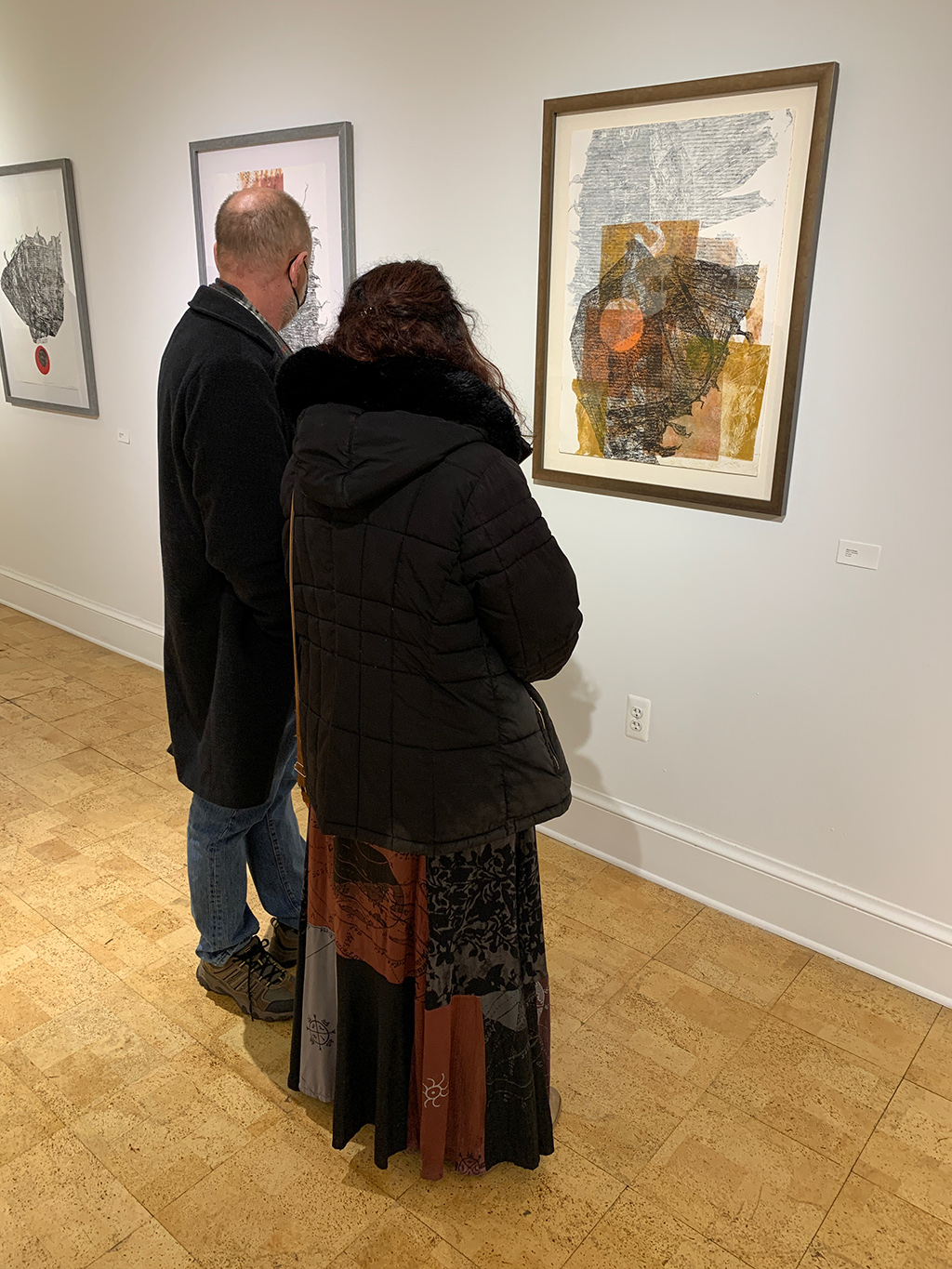 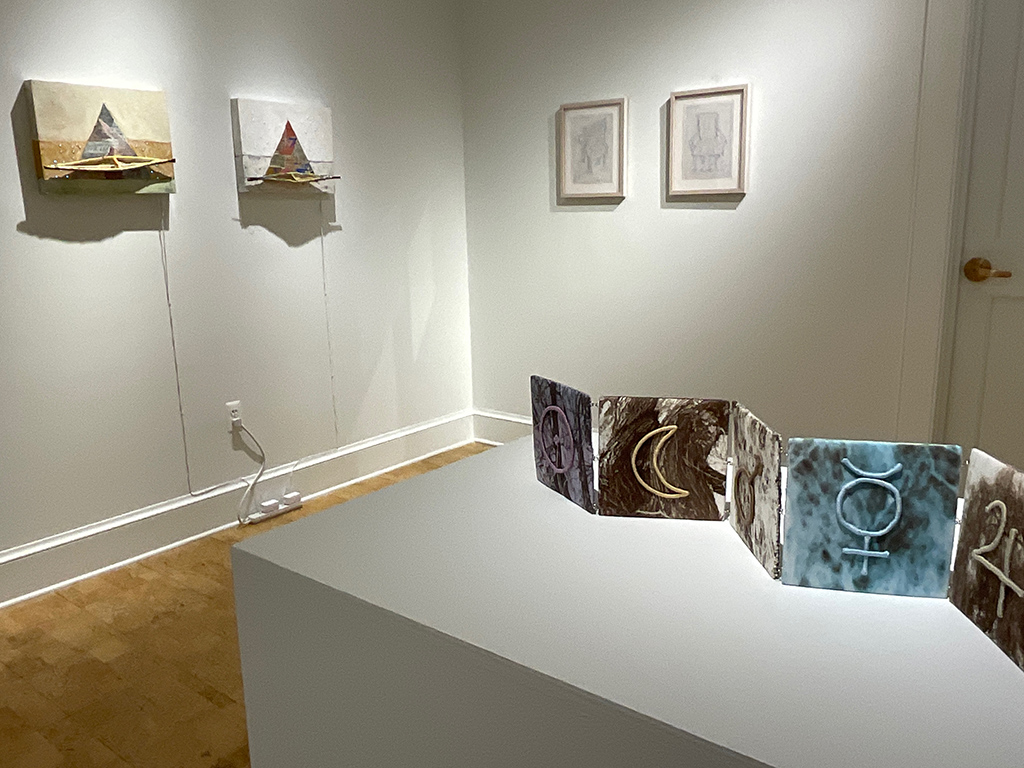 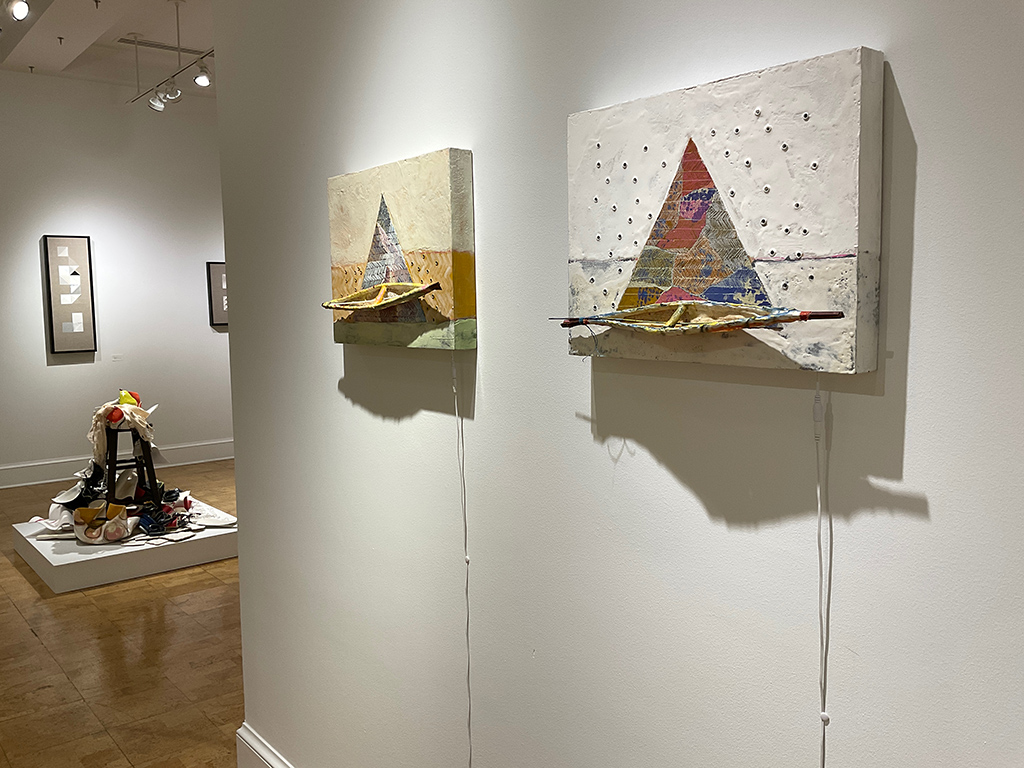 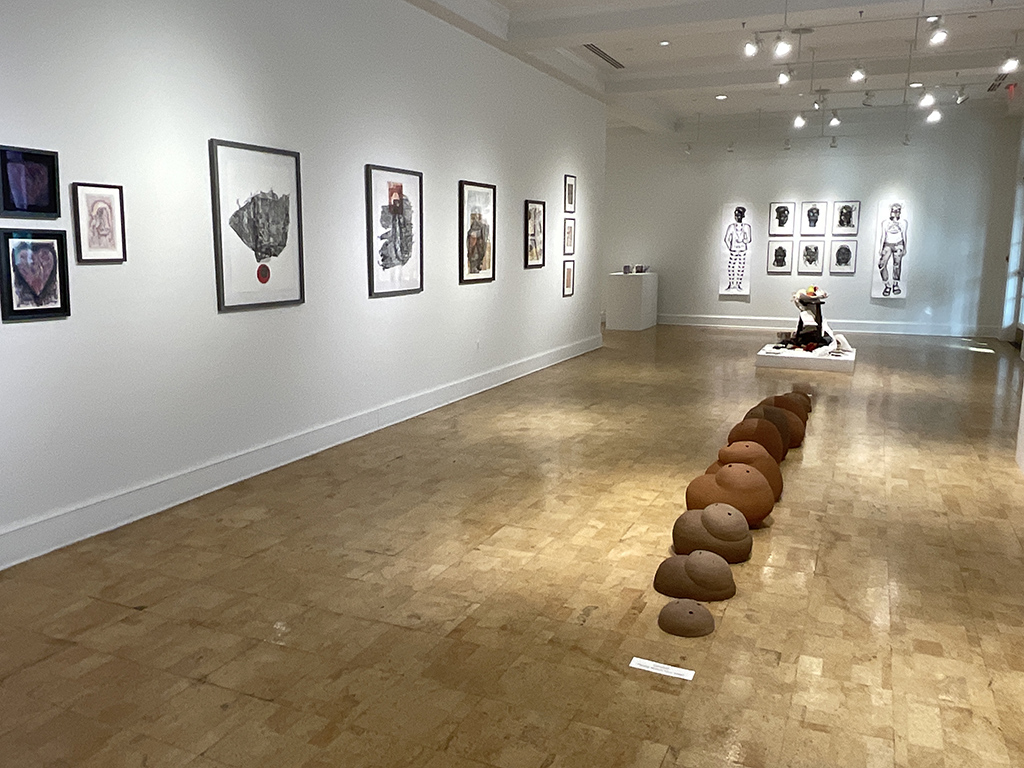 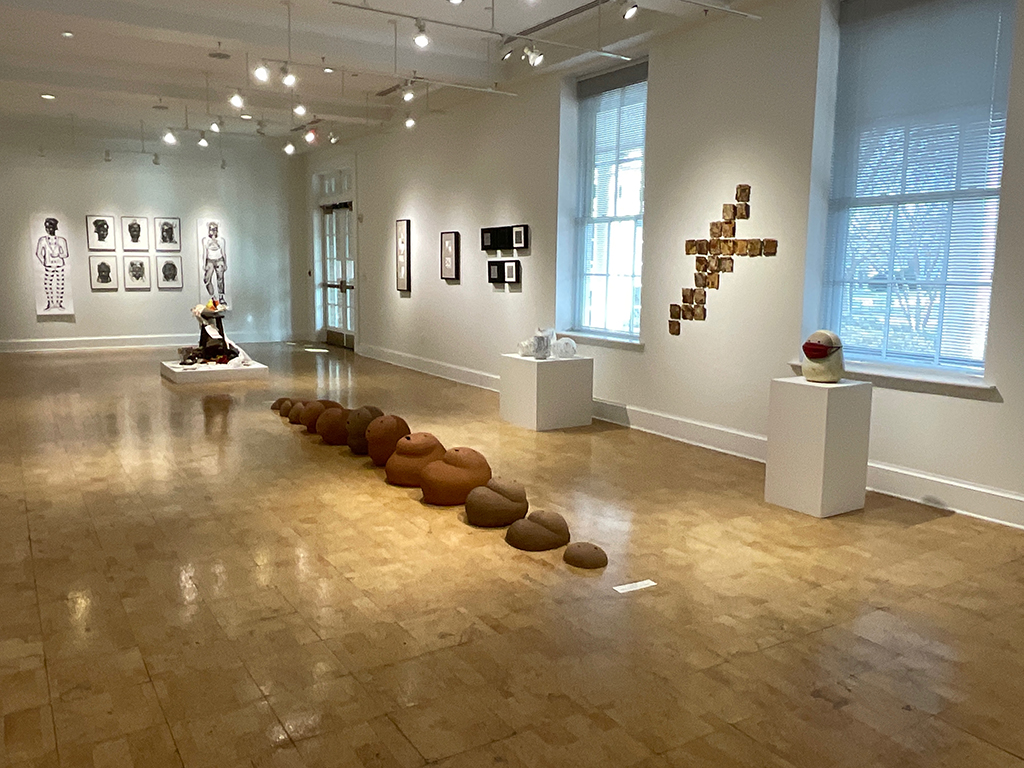 Adjoa J. Burrowes featured in ” A View from the Easel”

Click on the link and scroll or swipe down. Adjoa’s studio is the second feature.

A View From the Easel

For an appointment time and on campus directions: Contact gallery assistant, Michael Windsor at maw@episcopalhighschool. org